In computer technologies, virtualization is a resource management technology. It abstracts various physical resources (such as processors, memory, disks, and network adapters) of a computer, converts the resources, and presents the resources for segmentation and combination into one or more computer configuration environments. This resource management technology breaks the inseparable barrier of the physical structure, and makes these resources not restricted by the architecture, geographical or physical configuration of the existing resources after virtualization. In this way, users can better leverage the computer hardware resources and maximize the resource utilization.

Currently, mainstream virtualization technologies are classified into two types based on the implementation structure of the Virtual Machine Monitor (VMM):

Kernel-based Virtual Machine (KVM) is a kernel module of Linux. It makes Linux a hypervisor. Figure 2 shows the KVM architecture. KVM does not simulate any hardware device. It is used to enable virtualization capabilities provided by the hardware, such as Intel VT-x, AMD-V, Arm virtualization extensions. The user-mode QEMU simulates the mainboard, memory, and I/O devices. The user-mode QEMU works with the kernel KVM module to simulate VM hardware. The guest OS runs on the hardware simulated by the QEMU and KVM.

Virtualization has the following characteristics:

Virtualization brings the following benefits to infrastructure of the data center: 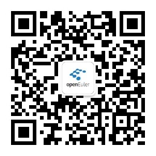